My countryman, Nikola Jokic AKA “The Joker,” is this year’s NBA MVP Award Winner.

He made history in Sinatra-My-Way-style. “His story is an incredible one after he was the No. 41 pick in the 2014 NBA Draft.” And there is more to his achievement, especially when you compare it to Novak Djokovic. The tennis icon, who’s well-known for his Spartan and healthy lifestyle, is the exact opposite of the unwieldy NBA player who “used to drink a gallon of Coca-Cola every single day.” Yet, “The Joker” made it and proved everybody wrong who doubted him.

But, this isn’t a story (only) about Nikola Jokic, but also about his coach - Michael Malone. It all started with one “rebellious” T-shirt.

Nuggets coach Michael Malone said all that he wanted and needed to say with his T-shirt. 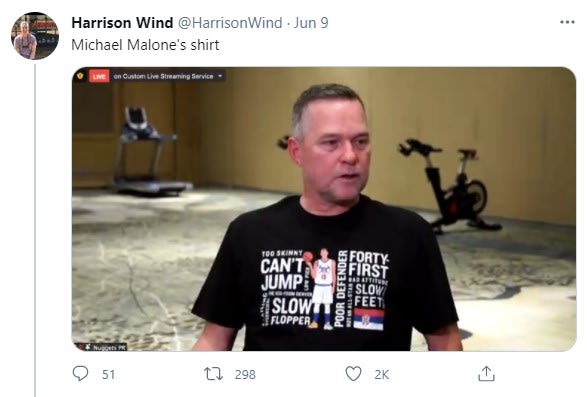 He made sure that all doubters and critics get the message: 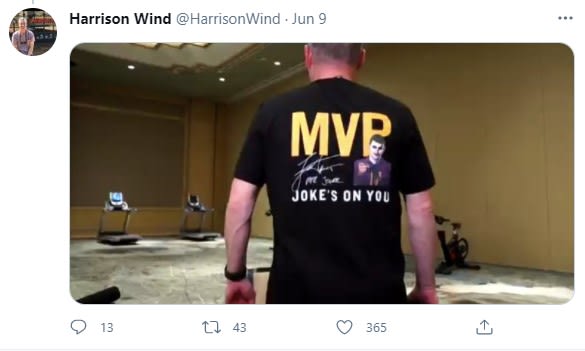 Kudos to Nikola Jokic, but coach Malone steals the spotlight of my story. “A lot of factors influenced Nikola Jokić to become the best player in the NBA league, certainly one of the most deserving is Denver Nuggets' coach, Mike Malone.” He believed in Nikola when nobody did.

We could only imagine how the coach must have felt while training and shaping a player who was "Too skinny", "Can't jump", "Overweight", "Slow feet", "Bad attitude", "Poor defender," according to the NBA experts and fans. They were in the same boat, literally. And they both succeeded.

Malone won his first award for the NBA Coach of the Month for the Western Conference around the same time Jokic won his first MVP award, give it or take a few months. “It’s Malone’s first such award, but being paired with Jokic means it probably isn’t his last.”

The Biggest Problem Is Missing A Hidden Gem

It is easy to be a wise guy when you look at the voting results for the NBA MVP Award 2021 - now. The catch is to find a hidden gem and turn a piece of rock into a precious diamond. Am I the only one who actually had no clue that Malone had to travel to Serbia to begin training Jokic?

“I was over in Serbia about a week or so ago, spending time with [Jokic] and his family, working with him every day,” Nuggets head coach Michael Malone said from Las Vegas Monday. “We challenged him: Come back in great shape, come back stronger, and come back ready to lead this team.”

Serbia is not Siberia, but I totally understand Malone’s situation. He wasn’t exaggerating when comparing his situation with the “Rocky 4” movie:

“He’s working his butt off,” Malone said. “When you go to Serbia, there is no fancy health clubs and spas. This is like a ‘Rocky’ movie. He’s in great shape, he’s working hard. His heads in the right place. He knows it’s a very important summer for him. He’s working hard and he’s going to come back a better player than he was last season.”

And that famous remark that “Nikola and fast” can’t be put “in the same sentence.” So true.

Even when “The Joker” finally arrived in the USA, the transformation was far from over:

“I locked him in my office one day and I beat him with a pillowcase full of soda cans.”

I clearly remember that Sylvester Stallone’s coach didn’t have such “subtle and gentle” training methods throughout the entire “Rocky” franchise. But hey, it worked. Did those soda “boxing” cans have Coca-Cola logo on them? Were they full or empty? Well, it’s better not to go down that rabbit hole. 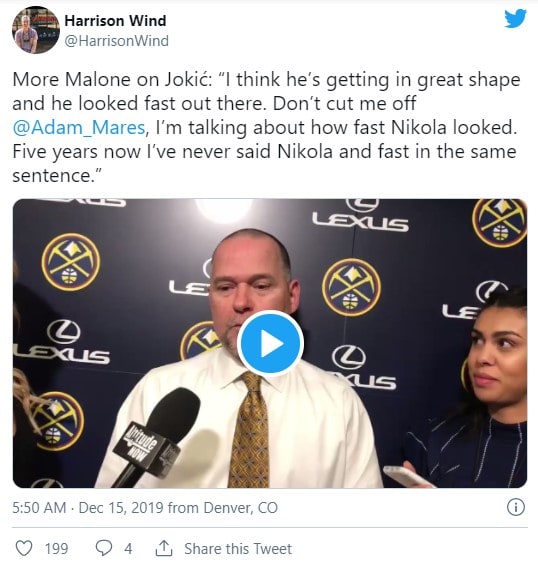 Save “The Last Dance” for goLance

Is it too soon to make a documentary about “The Joker.” Hey Netflix, what are you waiting for?

What is Nikola Jokic to Michael Malone, that is goLance to Michael Brooks. When it comes to the awards, I have to make a list for all goLance recognitions:

Do all of these awards make goLance the MVP of freelancing? My answer is: No! It has to be more than this.

If you want to be the freelance MVP then you have to be useful and fair to both sides: clients and freelancers.

“V” in MVP stands for Value. GoLance clients are rewarded with CashBack. And freelancers can get paid as soon as possible thanks to PayDay Advance and Variable Review options.

So, how should a Michael Brooks’ version of “Joke’s On You” T-shirt look like? “Too small.” “Not enough jobs.” “Freelance Dinosaurs Will Crush You.” “No ads.” “The best seats are already taken.”