Our Featured goLancer, Veiko Herne, is a true digital nomad, entrepreneur, IOS developer, and an author of Forever Young and Road to Heaven. His epic journey of amazing discoveries and achievements has begun in Tallinn, Estonia. Veiko's restless spirit has guided this intriguing digital nomad all over the globe. New York, Singapore, Malaysia, Dubai, India, are among the many places and countries our Featured goLancer he has visited and worked in. When Veiko isn't working on the next great IOS app, he's quite active on Quora.

We will need to write a book to cover all aspects of exciting and productive Veiko's life, but for now, this interview can be a great source of inspiration for all goLancers who're looking forward to embracing a digital nomad lifestyle to its fullest.

goLance: Veiko, when did you decide to become a freelancer and why? Is freelancing your only and main source of income, or you provide your IOS development services on some other basis?

Veiko Herne: For two reasons: Being an entrepreneur before, it has been practically impossible to be hired to permanent post by some corporation; because my own apps haven’t yet made any money, then offering my expertise gained developing those apps to others was a viable option for me to earn some income. And that’s what I have done, and so far, customers have been happy with my work.

I would have wanted to start to work for iOS programming much sooner (since the release of iPhone), but got myself a MacBook several years later.

goLance: What’s your opinion about the current state of freelance development services?

Veiko Herne: Software development has always been a freelancing job. At the beginning of the software industry, there weren’t enough IT specialists to hire, so everyone with skills was so busy that the only solution for a corporation was to use “independent programmers.” Nowadays, universities have been produced again too many “programmers,” and when those people don’t find work, they have to try freelancing.

And as a graphical artist, content writer, etc. you have to find many more customers having more work, that one employer can provide you.

goLance: What’s the most challenging part of your work as a professional IOS developer?

Veiko Herne: That using xCode, you always have so many possibilities to get your code done. It has full Apple history inside and was once the only user of Steve Jobs' “Next” computer; I found that those libraries are still included for programmers to use.

And when you search StackOverflow answers to the problem, then sometimes it gives different code lines doing the same thing.

And sometimes, those code lines don’t work for me, so I notice that this answer was written over five years ago.

Recently I got myself familiar with Apple AR Kit, and that again was a totally different style of coding than previous Apple libraries have been. Therefore, I had again started to think differently.

goLance: Are you an author, entrepreneur, freelancer, IOS developer, or a digital nomad, or all of these? How do you define yourself and what you do in the modern world?

Veiko Herne: I’m an author, because I have written a book (actually two). I never was expecting to be rich with my book, but sometimes small amounts I’m getting from my book sales have been nice.

I’m an entrepreneur because I did my own businesses before; Freelancer is one form of entrepreneurship as the is legal status as “single-person company” in most of the countries; and I changed my status from “homeless hitchhiker” to “digital nomad”, when I got myself a computer and was able to do some work some using it.

goLance: Do you work exclusively on goLance, or you also provide your service on some other freelance platforms? How do you compare goLance with other freelance websites?

Veiko Herne: I started with eLance and had built some credibility there with positive customer reviews. However, when UpWork took over, things changed, and I had to close my account there.

I tried Freelancer but never got even paid for the one small gig I successfully delivered to the customer. They demanded “utility bills” and “credit card statements,” before they could release honestly earned around $100 to me.

So, I find goLance and so far happy with the services and clients. It’s like old eLance is back.

goLance: What are the goLance features and options that you appreciate the most?

Veiko Herne: That I can use the goLance iOS app for everything and no need to switch between website and app. And it’s simple UI. Freelancer website was so messy, and their app limited even to see jobs.

goLance: What would be your word of advice to new freelance developers who have just joined goLance? What’s the best way for them to increase their chances of being hired?

Veiko Herne: goLance needs more projects. Therefore any freelancer who delivers exactly what has promised brings more customers. The problem with Freelancer was that there were very few projects that were actual projects. It was meaningless to use your connects to bid on the project: “I need a mobile app to be designed and coded - budget $500”. And over 90% of those millions of projects they had in the database, most of it was such kind of scam.

So, never bid to scam and never bid on something that you can’t deliver!

goLance: What can you tell us about your other interests, such as movies and books?

Veiko Herne: I started my low-budget film project being in the UK. Having a background on music and pioneering streaming media, it was a kind of logical solution to make money as video streaming websites were popping up, and digital technology was allowed to shoot everything much cheaper.

However, I never got much interest in my project there, then I just left the UK and put the project to hold. Some LA film startups have been asking about those projects, but I’m not in LA and had no possibilities to fly there. Maybe, after having my sailing boat, I could just sail to the US again.

I still read a lot of books in my Kindle app using my iPod. But haven’t had time to write many reviews to my blog. And as Amazon closed my affiliate account asking to remove all links, I can’t much link to those books anyway in their store.

goLance: Would you recommend goLance to your friends and colleagues?

Veiko Herne: Absolutely and have already done so.

goLance: What is your word of advice to digital nomads all over the world? How do you compare two lifestyles of being always on the move versus putting down roots?

Veiko Herne: I haven’t ever in my life had a chance to settle down and get a stable job. Therefore my life has continuously been on a move since I left Estonia 1997. At first, it was “business manager” as I got a lot of interest to my software products over the world, so was spending most of my time in airports and cheap hotels writing software, preparing presentations and used taxis to get myself to business meetings or getting to the airport to fly another destination.

Being an Internet pioneer since 1993, this just allowed to live such kind of lifestyle.

Nowadays, I dream of having a small sailing boat to sail. Because frequently you have to use Marinas, where you can use their WiFi to do some work, fill your water and gasoline tanks, provision yourself with food, and continue your sailing. It will be a dream lifestyle for me. But, I assume that it’s not for everyone. Most people just like to have a more stable lifestyle with home, work, and raise children.

Veiko Herne: I’m active in Quora because my LinkedIn and Facebook accounts have been banned on some “unknown” reasons.

So, I switched to Quora. It’s like early days LinkedIn with questions to create your network of similar-minded persons with mutual interest. And instead of being “banned” from a platform, I can just block a person further reading my posts.

As long Quora stays democratic and doesn’t start persons to be punished by their views or opinions, sure I recommend them.

How To Hire Veiko Herne?

If you want to hire an experienced IOS developer then Veiko Herne's profile on goLance is your next place to visit. 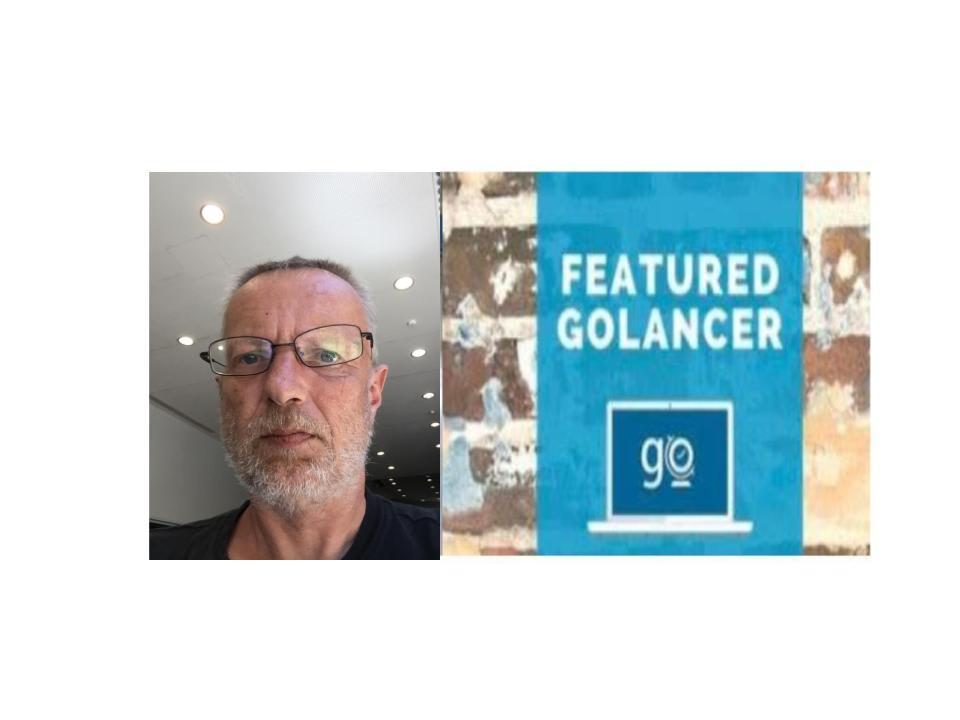